How it all began

Leaving Sicily, Italy for the United States, Carmelo Savarino immigrated to Buffalo, New York in 1913. Savarino began using the extra room in his grocery truck to pick up and deliver goods for other businesses in the Italian section of Buffalo. He quickly became a linchpin for the community’s distribution and hauling needs.

Carmelo Savarino & Sons Trucking was formed in 1948 (CSST): The transition from a grocery store to a trucking company was made easier with the help of Carmelo’s sons. Vincent, the eldest, who returned from World War II and his younger brother Joseph started working alongside Carmelo.

In the early days

The business grew from modest means. In the beginning, CSST covered Buffalo and Niagara Falls, about a 25-mile radius, with two ‘straight’ trucks. The majority of the business involved shipping general commodities – commercial and industrial freight – to serve the primarily industrial region.

As the business expanded, in 1949 Carmelo decided to change the name to Speed Motor Express (SME). By 1952 he had retired leaving the business to Vincent and Joseph. Small as it was, with just two drivers, SME was beginning to forge a key relationship with General Motors that would eventually account for a large part of SME’s business. The 1960s were a period of growth as SME diversified its customer base and began handling customers such as El. DuPont, Scott’s Lawn Care, Moore Business Forms and Sherwin Williams Paints. In 1969 Joseph’s son and current President, Carl Savarino, began working for SME.

In 1972 the company reached beyond Buffalo and Niagara Falls to encompass all of Western New York, including Rochester, Jamestown, and Erie, Pennsylvania.

In the 1980s became more competitive and diversified. They expanded operations into New England, along the East Coast, and south to the Carolinas.

Carl Savarino takes over as President of SME: SME officially passed into the hands of the third generation in 1987 with the retirement of both Joseph and Vincent.

In 1994 General Motors was looking for warehousing to support its manufacturing business in Western New York. SME jumped at the opportunity, purchasing a 180,000-square-foot facility. Today warehousing has grown to more than 1,000,000 square feet of warehousing space in two Buffalo locations.

The need to diversify and embrace the globalization of business allowed Carl to rethink the company’s business model. He found that globalization itself offered an opportunity and expanded into domestic and international airfreight. “We had to diversify and change the nature of our business,” Carl explains, “not only nationally, but also internationally and globally.”

As a result, in 2000 the company entered the airfreight business. From there SME was able to make the natural leap into the international business with international freight forwarding.

In 2005, SME solidified its international business by purchasing a local company called G&W International Freight Forwarding. “That acquisition put us in the global arena,” said Carl. “At that point, we changed our name from Speed Motor Express to Speed Global Services (SGS), which better reflects the type of business we are today.”

What’s in our Future?

We will strive for constant improvement in the company, and ourselves by challenging conventional thinking and embracing technology. We will always move ahead proactively pursuing solutions that deliver improved results.

We will strive to exceed every customer’s expectations.

“Speed Global Services is correctly positioned and located exactly where it should be, right at the transportation hub of North America, exactly where my grandfather started it back in 1913.” Carl 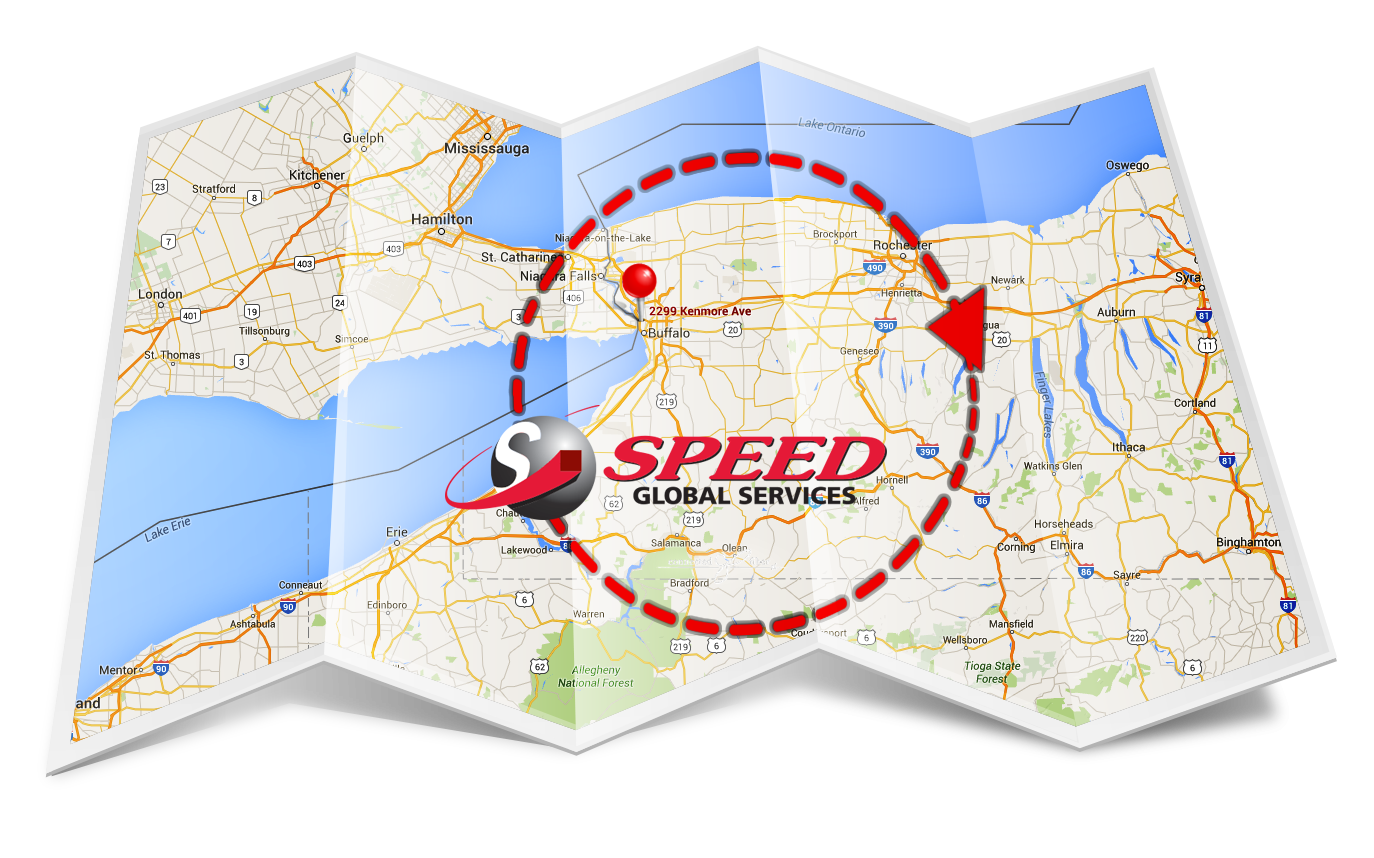 Can Grow Your Business